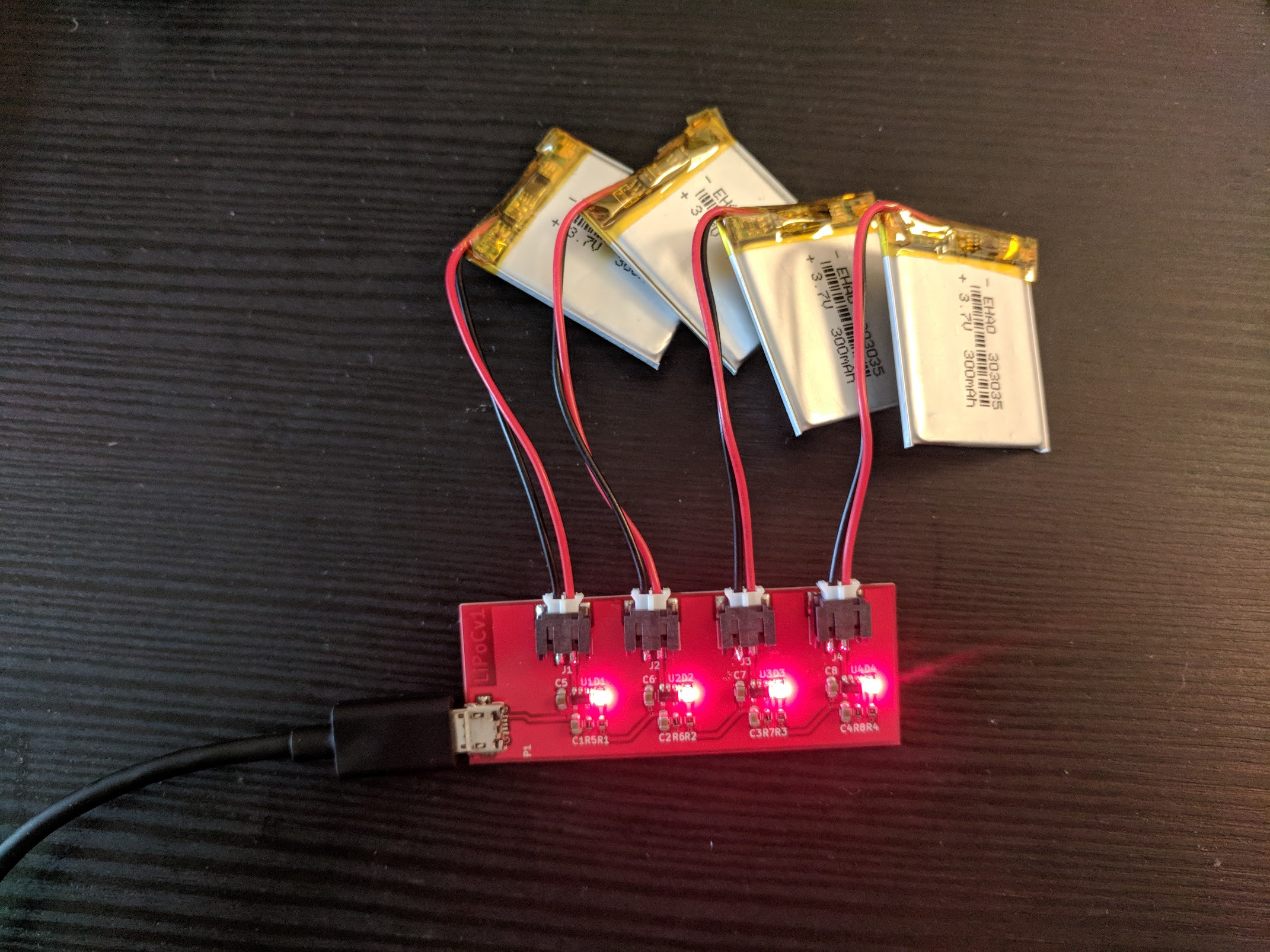 These are the parts that I used for a PCB. The total cost for a multiple lipo batteries charger with a micro USB connector was only $11, so it must be cheaper than other products you can buy in online store.

This is the schematic that I designed. It was based on the Sparkfun lipo battery charger, but it could become multiple lipo batteries charger by connecting a micro USB and IC chips for lipo charge management control as a parallel circuit. When I tested how much voltage was supplied to each branch by a multimeter before I soldered all parts, around 5v was supplied from a micro USB connector, so it theoretically worked! 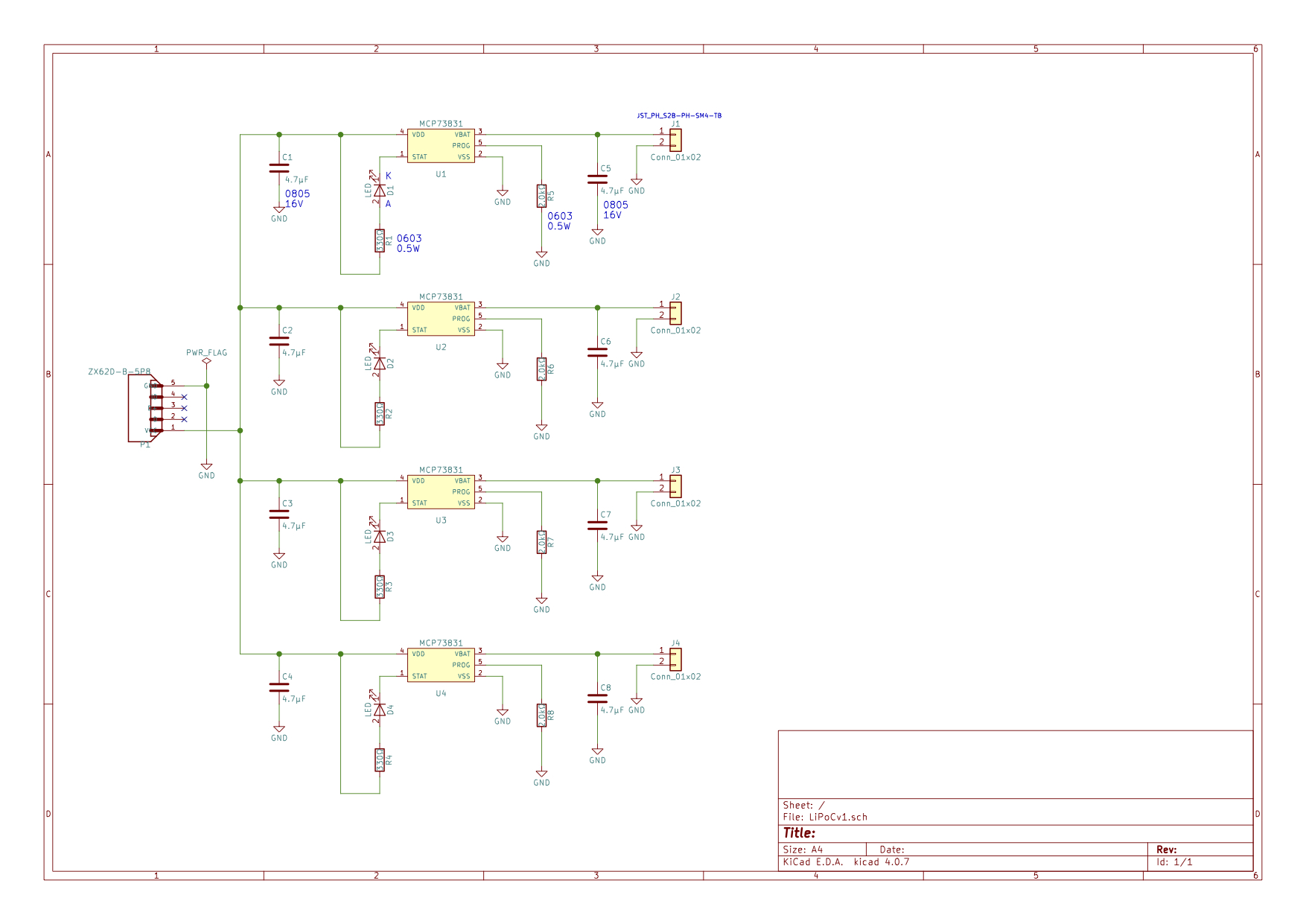 This is the PCB layout that I designed. 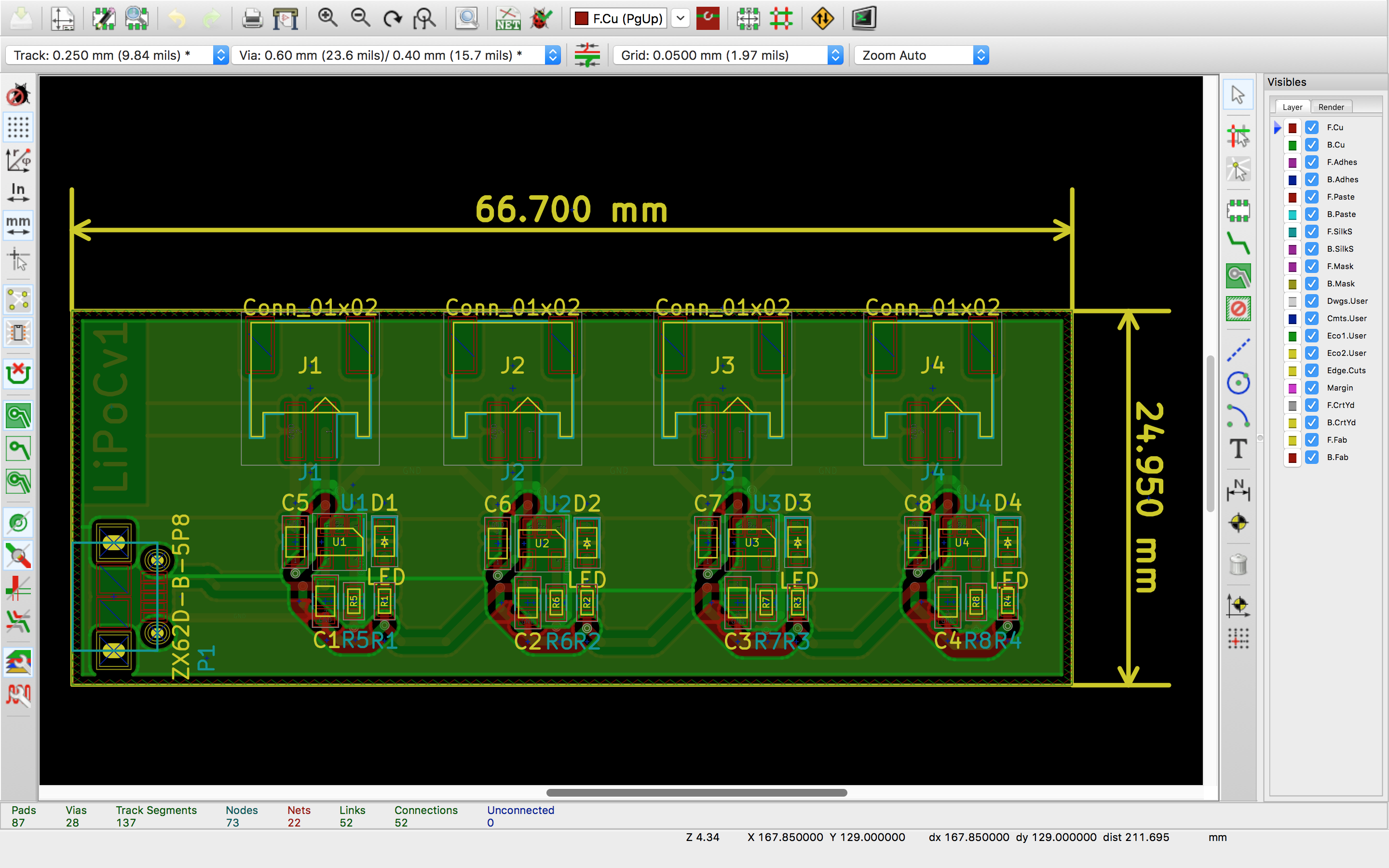 After a couple of hours, all batteries were fully charged, and LEDs were also turned off correctly!!! 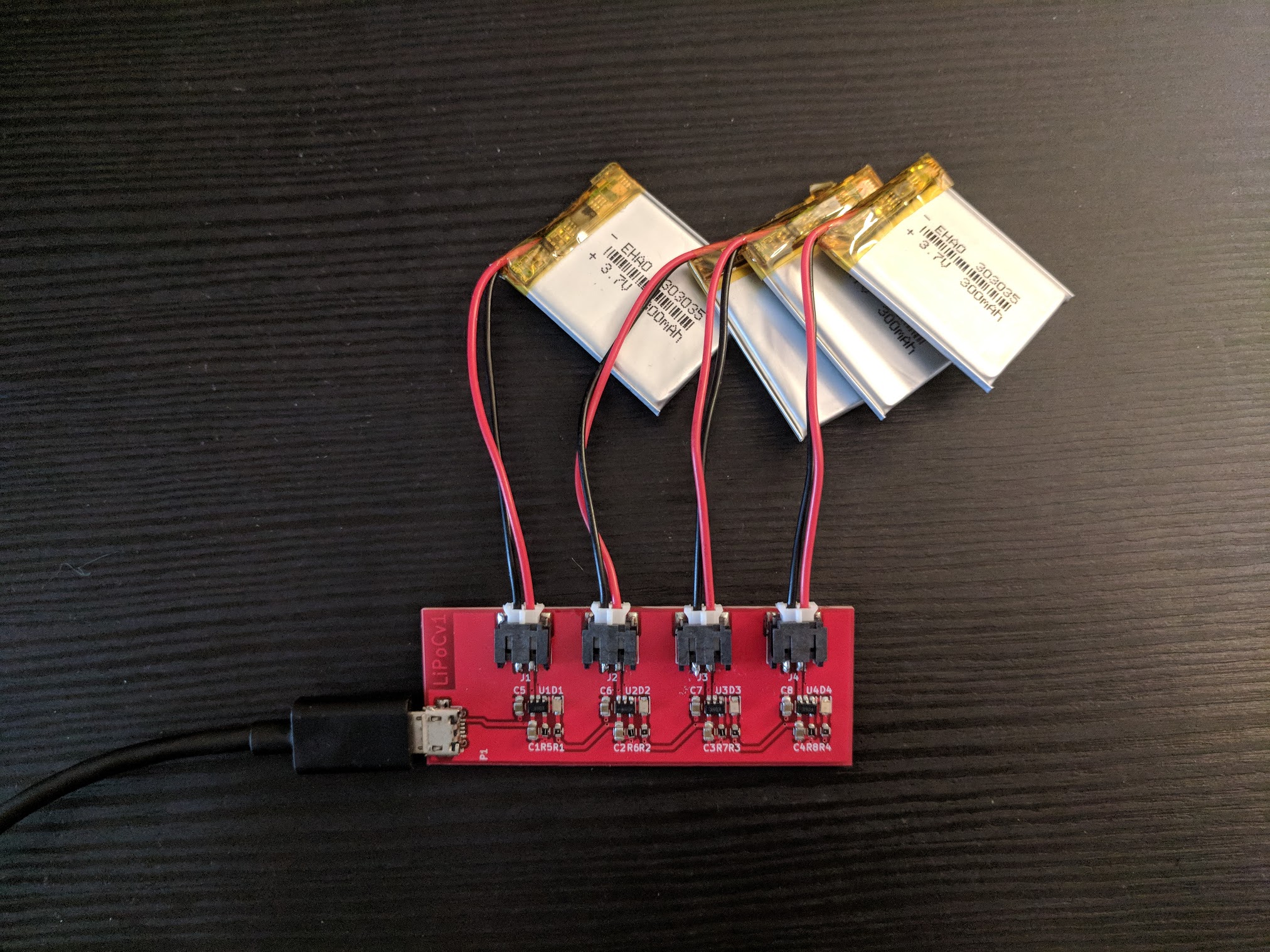 This project was completed! 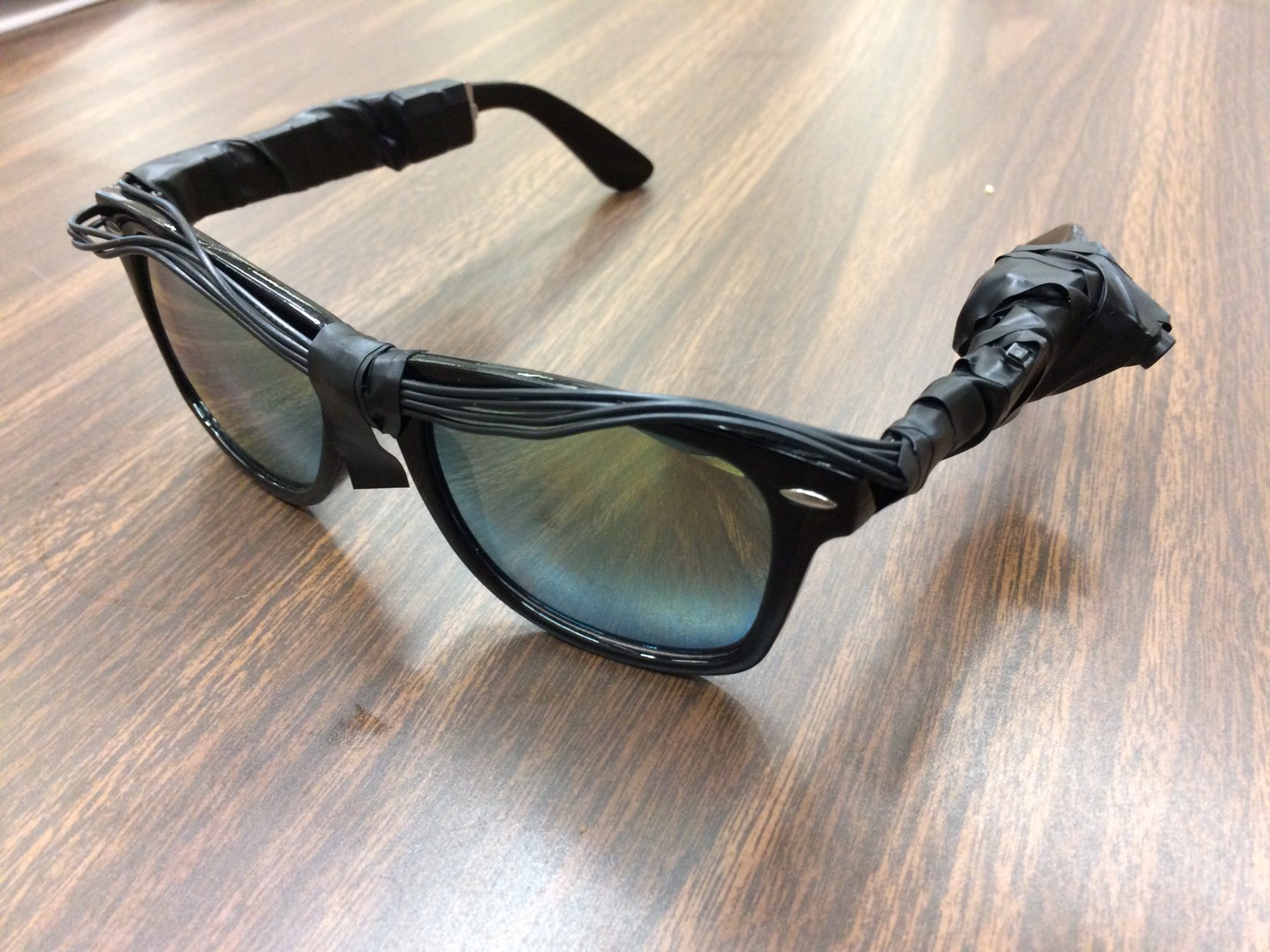 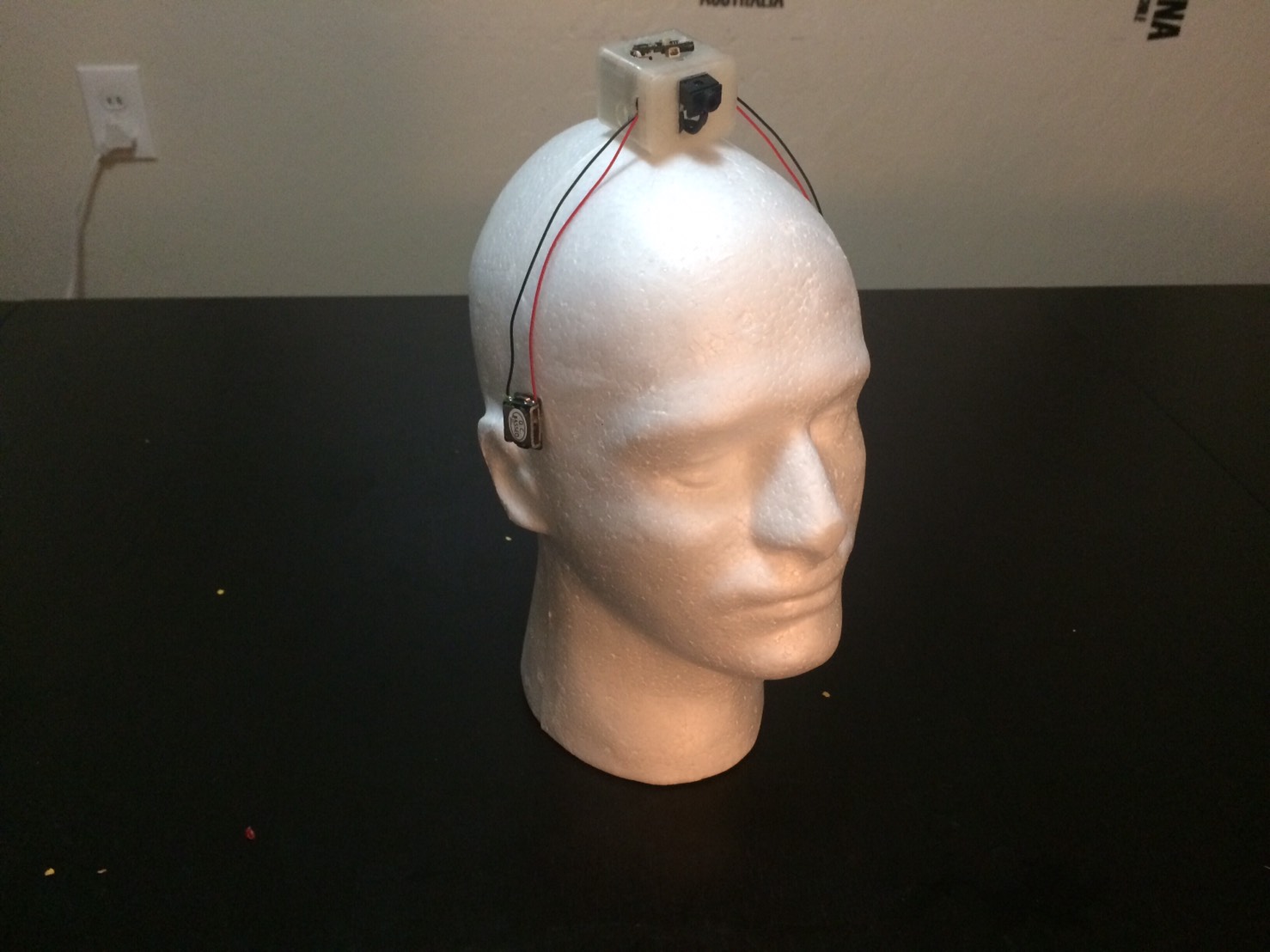