It has been over a year since I have been working on the audio things. The previous experiment, I used an amplifier called TPA2016 which can amplify an audio data from a 3.5mm headphone wire connecting a phone. However, I really wanted it to be a wireless which can send the audio data, and I finally found the one called “RN52” which is an audio bluetooth module. 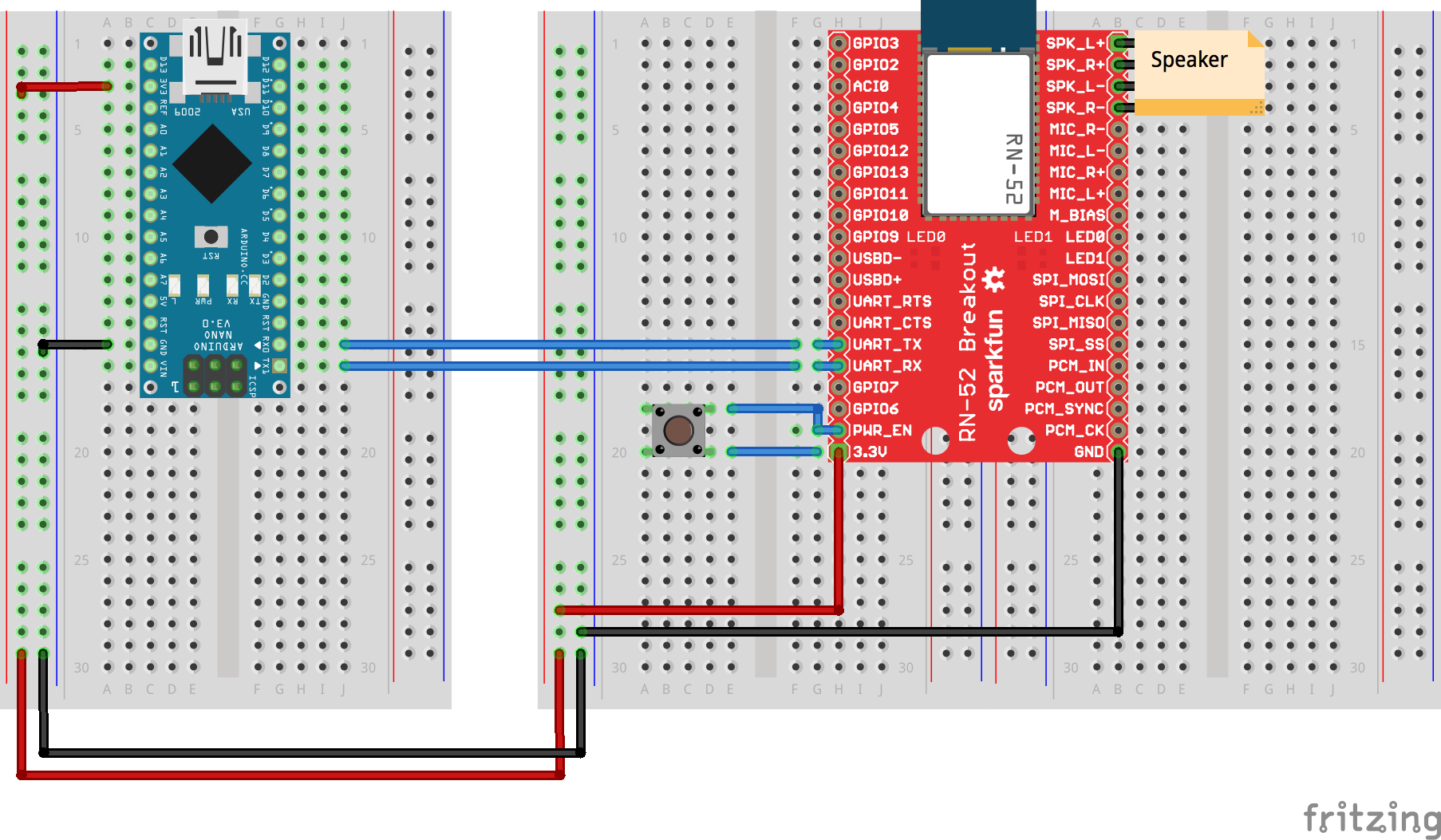 In the Fritzing image above, I did an initial test with this RN52 module and an 8Ω speaker ( 16Ω speaker should have been used according to the data sheet, but it is actually not big deal.) with an Arduino Nano for UART communication and as a voltage supplier from my computer which is 5V. The initial test worked perfectly and I heard sounds, but there were some problems.

In order to solve these problems, I decided to use an TPA2016 which is the stereo class D amplifier with a gain control. By using the amplifier, I could amplify the audio sounds to around 30 dB, and I could control the gain from my phone which means I could adjust the sound volume in my phone. The TPA2016 module could solve these problems once.

Here is the new Fritzing image. 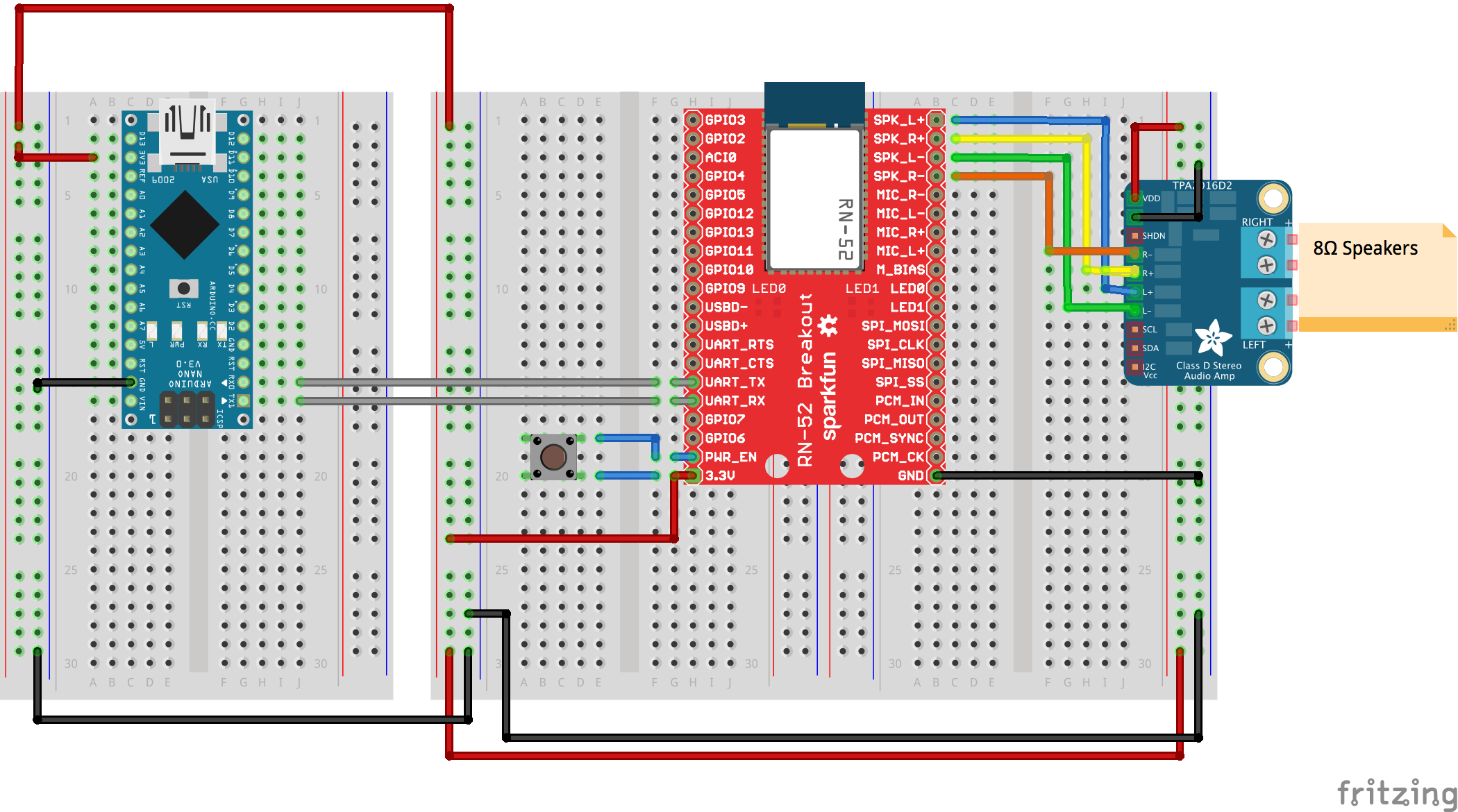 Fortunately, RN52 had 4 pins audio outputs and TPA2016 had 4 pins audio inputs, thus by connecting between these modules, the audio data coming from RN52 as outputs is going into the TPA2016 as inputs. In this video, I am showing how to connect the Bluetooth module and your phone, and how it works. 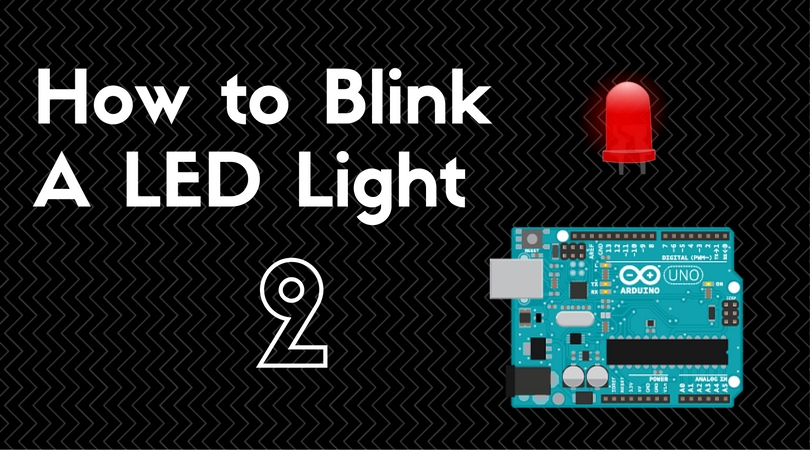 How to blink a LED light 2 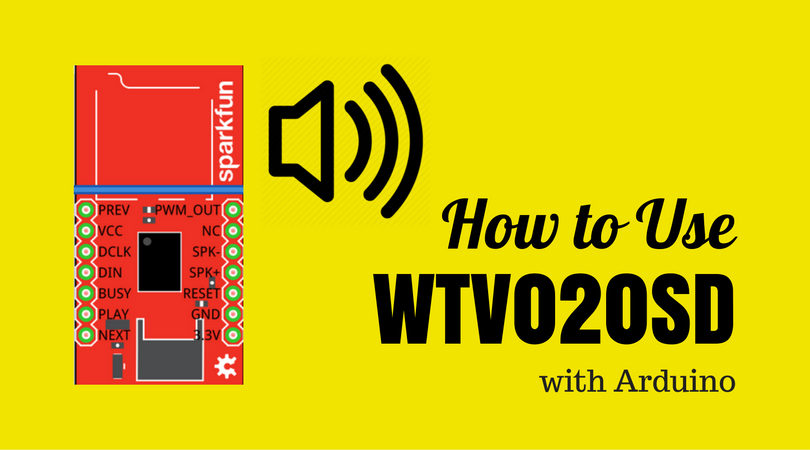 How to use WTV020SD with Arduino